Get fresh music recommendations delivered to your inbox every Friday.
We've updated our Terms of Use. You can review the changes here.

from The Qur'an - short surahs FREE by Miraj Audio 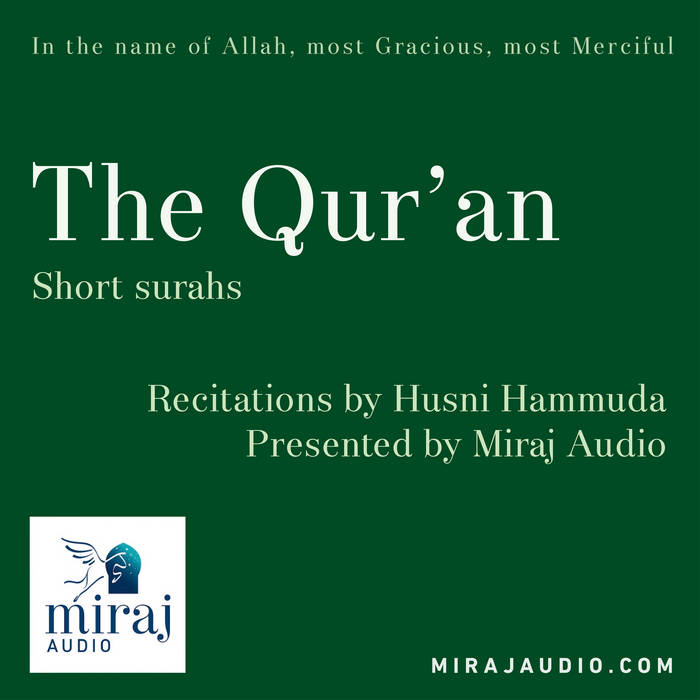 1. Those who reject (Truth), among the People of the Book and among the Polytheists, were not going to depart (from their ways) until there should come to them Clear Evidence,-

2. An apostle from Allah, rehearsing scriptures kept pure and holy:

3. Wherein are laws (or decrees) right and straight.

4. Nor did the People of the Book make schisms, until after there came to them Clear Evidence.

5. And they have been commanded no more than this: To worship Allah, offering Him sincere devotion, being true (in faith); to establish regular prayer; and to practise regular charity; and that is the Religion Right and Straight.

6. Those who reject (Truth), among the People of the Book and among the Polytheists, will be in Hell-Fire, to dwell therein (for aye). They are the worst of creatures.

7. Those who have faith and do righteous deeds,- they are the best of creatures.

8. Their reward is with Allah. Gardens of Eternity, beneath which rivers flow; they will dwell therein for ever; Allah well pleased with them, and they with Him: all this for such as fear their Lord and Cherisher.